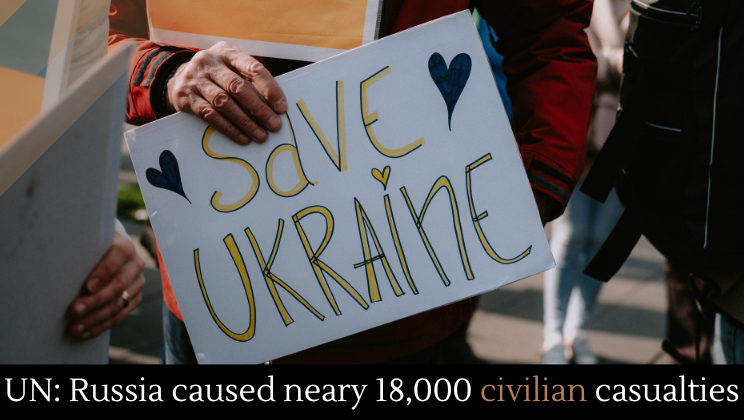 According to the United Nations, Russia has caused 17,831 civilian casualties in Ukraine.

Once again, Russia has attacked Kyiv’s power grid. The US has sent power equipment to help Ukraine. Odessa is without non-critical power after a Russian drone strike. A defense official in Kyiv has said that Ukraine is preparing for a massive Russian missile strike.

Russia has refused to negotiate an end to the war as long as the West demands Russia pull out of Ukraine. The United States is considering dramatically expanding their training of Ukrainian troops.

Finland has offered to train Ukrainian soldiers in fighting in winter conditions. Finland and Sweden are increasing their aid to Ukraine so that the country can better fight during winter. The Pentagon has said it will support Ukraine as long as it takes. The White House is asking for another $38 billion for Ukraine, in addition to the $400 million it already sent—not to mention a new air defense system.