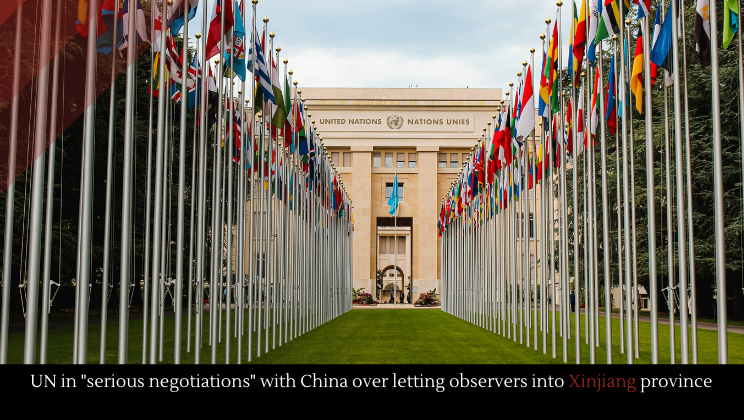 The United Nations is allegedly in “serious negotiations” with China over letting observers into the Xinjiang province, the site of what many western nations call a genocide.

Earlier this year, the Chinese government rejected the international outcry against their treatment of the Uighur people, which some countries are calling (or coming close to calling) genocide. China invited the UN at that point, but in a vague sort of way.