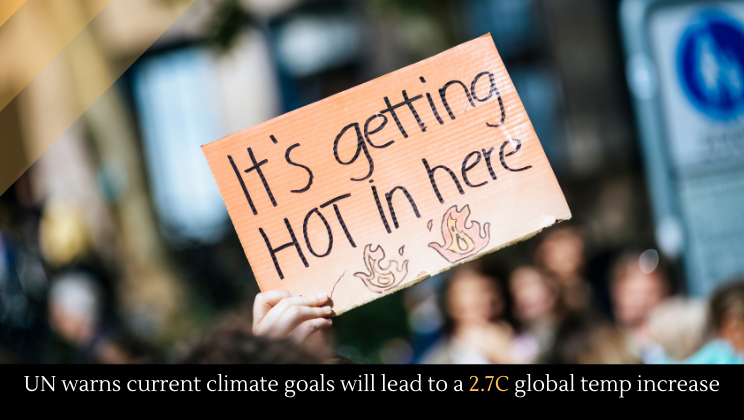 Ahead of a global summit on climate change, the United Nations has warned that current climate goals will still lead to a 2.7C rise in global temperatures.

In an interview, Greta Thunberg said the public needs to “uproot the system” because “change is going to come when people are demanding change. So we can’t expect everything to happen at these conferences.”

According to a joint report by all of the United States intelligence agencies, climate change is going to lead to increased international tensions.