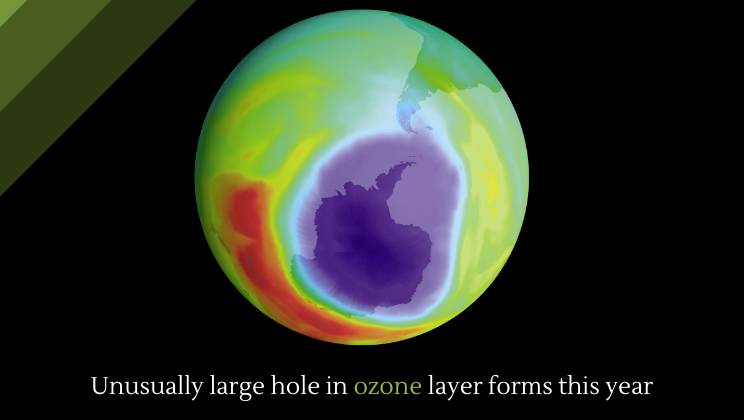 The annual hole in the ozone layer is bigger than usual this year––even bigger than Antartica.