US bans cotton and tomato products from Xinjiang over slavery concerns 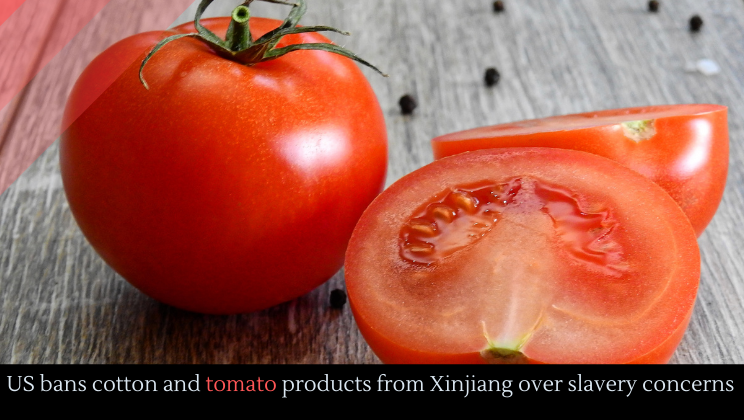 The United States has banned the import of all cotton and tomato products because they involve slave labor.

This past summer, a recent report out of Australia revealed a shocking number of global companies have been exploiting the Uighur forced labor camps set up by the Chinese government. Here are just some of those companies: Abercrombie & Fitch, Amazon, GAP, H&M, Nike, Jack & Jones, Sharp, Siemens, Skechers, ASUS, Apple, Samsung, Huawei, BMW, Volkswagen, Sony, Polo Ralph Lauren, Puma, Victoria’s Secret, Vivo. Many of those companies are now lobbying against a congressional bill that would crack down on the importation of goods made by forced labor in China.