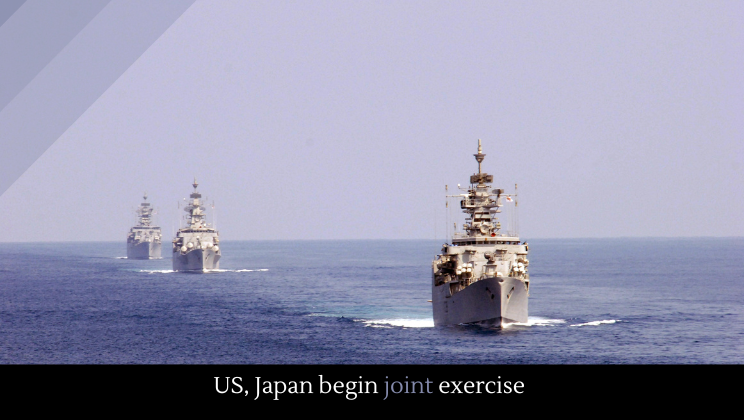 The United States and Japan have begun massive joint exercises with an eye towards China.