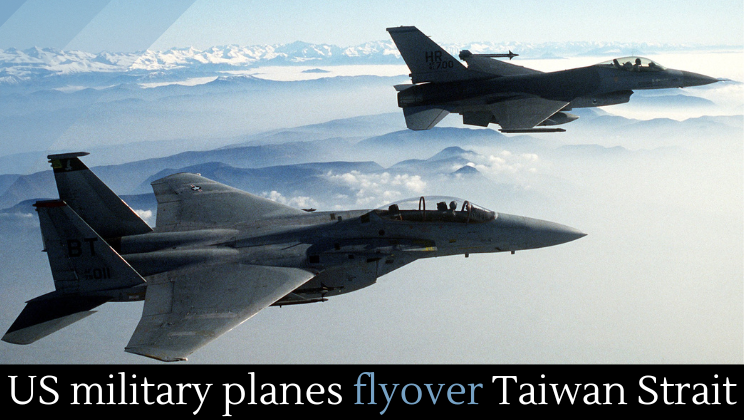 The United States has conducted a military flyover of the Taiwan Strait amidst heating tensions, a sign of the US’s continued support of Taiwan.

China has sent 29 warplanes into Taiwanese airspace, one of the largest such incursions of the year.