US military vets take issue with federal presence in Oregon 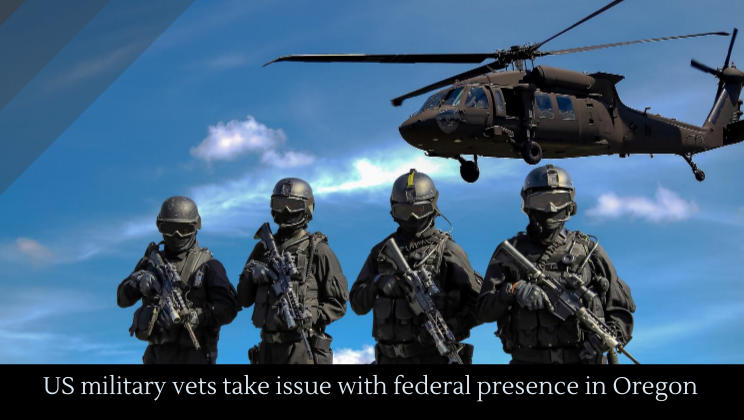 A new group has joined the protests in Portland, Oregon: military veterans. A “wall” of vets appeared on the front lines, protesting the presence of federal troops. Video footage shows two Navy veterans being attacked by federal troops, as well:

This is #CaptainPortland @Tazerface16 getting attacked by FEDS but from a different angle, and who I believe is your fellow USNA alumni Duston Obermeyer getting attacked beside you #wallofvets #portlandprotest pic.twitter.com/kJWr2122Zm