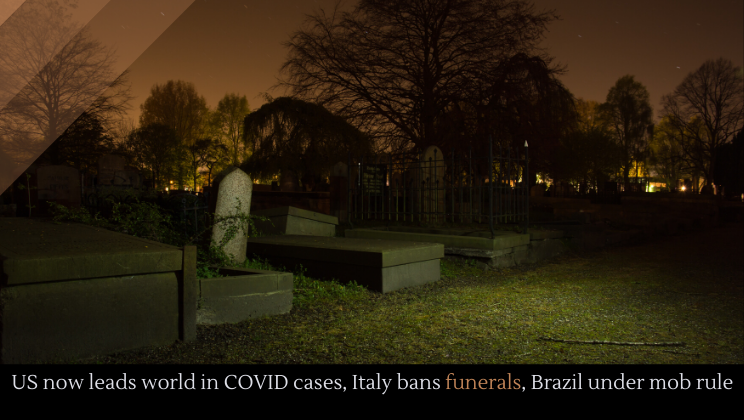 The United States now leads the world in the number of COVID cases, including China by a narrow margin.

Rand Paul tested positive for COVID-19. What’s worse, he tested positive six days before he stopped going to work on the Hill, so you can expect more sick senators in the days and weeks to come.