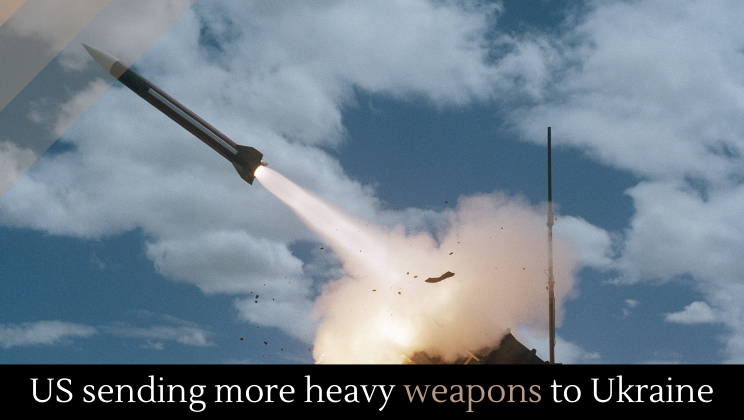 The United States will send Ukraine medium-range rockets, according to President Biden.