US spies believe Trump is an intentional or accidental Russian asset 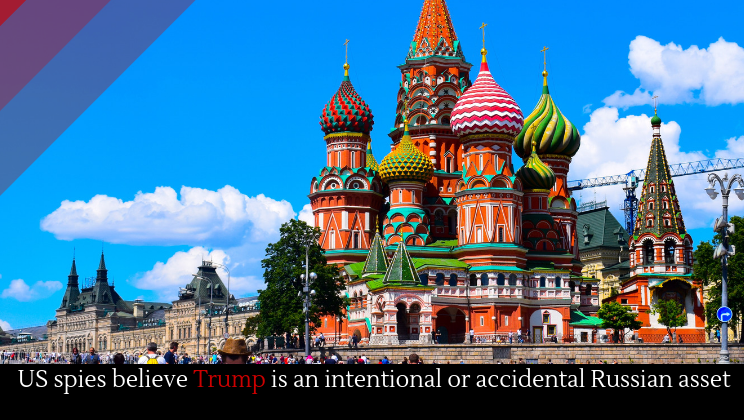 An FBI agent working in counterintelligence has described President Trump’s behavior at the G7 summit as very disturbing. “It’s hard to see the bar anymore since it’s been pushed so far down the last few years,” he said, “but President Trump’s behavior over the weekend was a new low.” This led him to suggest that Trump is either a Russian asset or a “useful idiot” to be used by Putin.

The G7 Summit meetings require intelligence, poise, thoughtfulness, and a deep knowledge of international relations. In other words, it’s exactly the place U.S. President Donald Trump shouldn’t be. During a dinner at the G7 summit, Trump caused a stir by demanding that Russia be allowed back in––even though it illegally annexed Crimea back in 2014. This is yet another reason that Trump is a terrible commander in chief.

This is not the first time Trump’s behavior in regards to Russia has raised eyebrows. When Trump and Putin met at the G20 summit––you know, the one where Trump told journalists it was “none of their business” what he said to Putin––he made a very distasteful joke: that he and Putin should “get rid” of journalists. That joke is just the latest in a long series of comments that make people afraid Trump is a tyrant in the making.

Several other events have lent credence to fears of tyranny. President Donald Trump has invoked his executive privilege in an effort to block the full and unredacted Mueller report from Congress. Additionally, Trump said that he and Putin talked about moving forward into a new era of cooperation. When reporters asked if Trump told Putin not to meddle in the 2020 election, he said they did not discuss that. Finally, Trump retweeted Jerry Falwell’s tweet, which read (in part): “Trump should have 2 yrs added to his 1st term as pay back for time stolen by this corrupt failed coup.”

Nancy Pelosi has also warned that Trump might not want to give up power in 2020; this tweet has fueled that fire.