US trying to speed delivery of jets to Taiwan 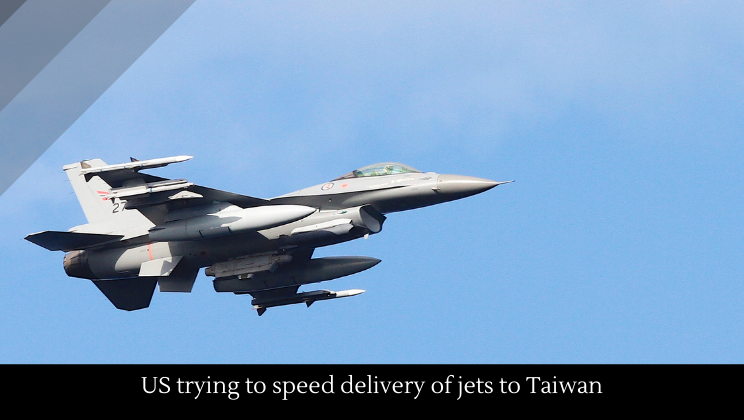 The United States is trying to find a way to accelerate delivery of fighter jets amid increasing tensions with China.