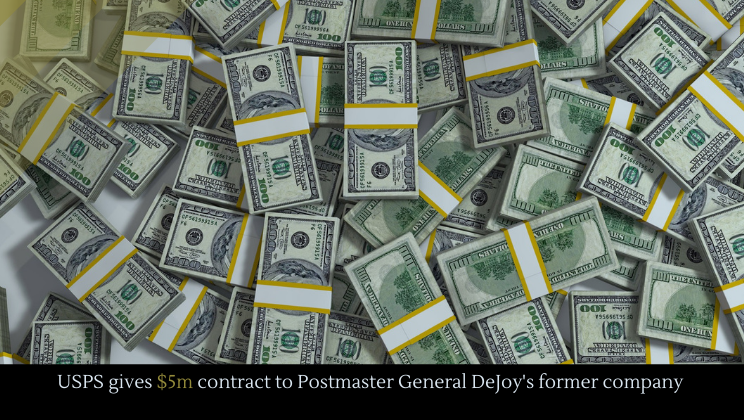 The United States Post Office has awarded a $5m contract to Postmaster General DeJoy’s former company, which an ethicist might call “not great.”