Veterans day did not go well for Trump 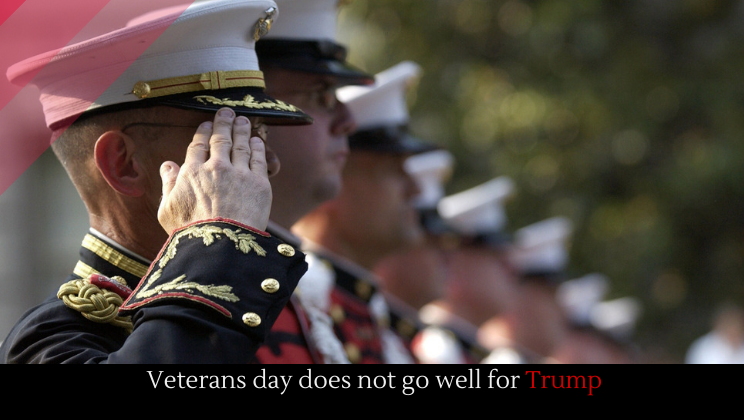 President Donald Trump got booed during his veterans day speech in New York. The group of protestors who booed him also chanted, “Lock him up!”

President Trump attended a UFC event a little over a week ago, only to be met with boos and jeers. A few cheered, but the majority were not as kind, and people tweeted out the booing. According to a political scientist, this is potentially bad news for Trump––this should be Trump’s crowd, so this might be a sign that Trump’s base is turning on him.

Last month, he was booed at the World Series, the height of American sports. And to make matters worse, parts of the crowd also turned his own chant against him, shouting “lock him up!” Watching the video, it’s clear he’s muttering under his breath and trying not to storm out of there.

The founder of a group for Iraq and Afghanistan War veterans also criticized Trump’s son, Donald Jr. Paul Rieckhoff told Don Jr. to join the military if he really wanted to understand what sacrifice is all about.