Video reveals Hong Kong protestors may be being sent to China 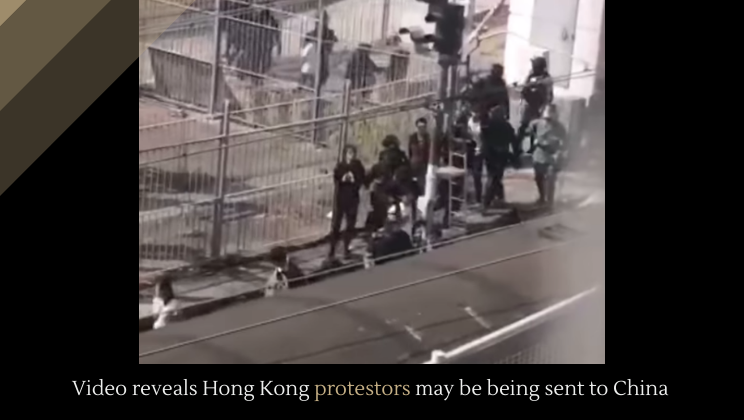 A video released Monday shows what appears to be Hong Kong protestors being loaded on to a train near the Chinese border. The video has ignited fears that China is going to send protestors to detention camps, just like it is doing with the Uighur in Xinjiang.

Last week, the protests became increasingly violent. On Sunday, a Hong Kong media liaison officer has been struck with an arrow fired by protestors, according to the police. The bow-and-arrow-wielding protestors have gathered around universities, especially the Chinese University of Hong Kong and the Hong Kong Polytechnic University. On Saturday, members of the People’s Liberation Army (PLA), were observed jogging in formation wielding brooms and sweeping up the debris thrown by protestors.

Late last week, students armed themselves with javelins and bows and arrows. They also lit their arrows on fire.