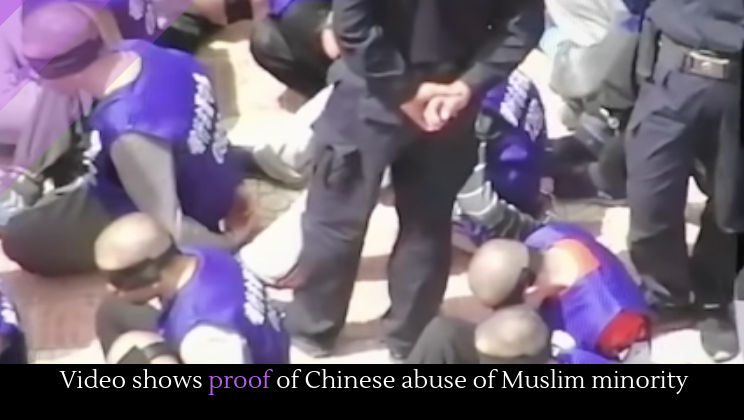 A video, posted anonymously on both Twitter and YouTube, shows blindfolded and shackled prisoners in a largely Muslim region of China. This adds to the evidence that China is attempting to wipe out, one way or another, its Muslim population.

As part of its efforts to Sinicize its Muslim population, the Chinese government has ordered Chinese restaurants to remove Arabic language signs and Muslim symbols. Reuters reporters contacted 11 different Muslim-owned restaurants, all of whom told reporters that the government demanded removal of the signs.