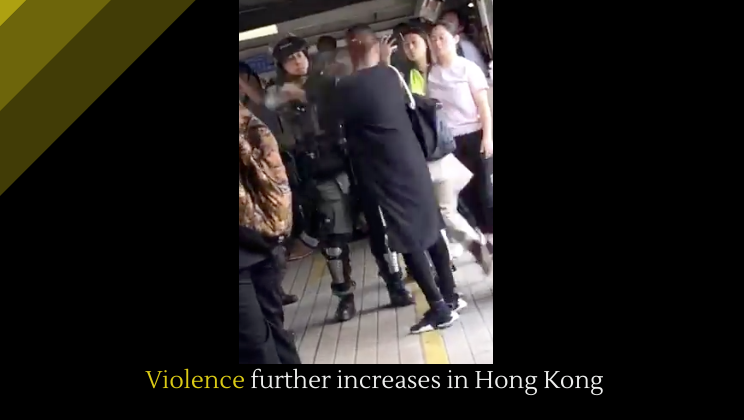 For the second straight day, the Hong Kong protests have become more violent than before. In one isolated but shocking incident, a pregnant woman was repeatedly pepper-sprayed and wrestled to the ground.