Visa and Mastercard pull out of Russia 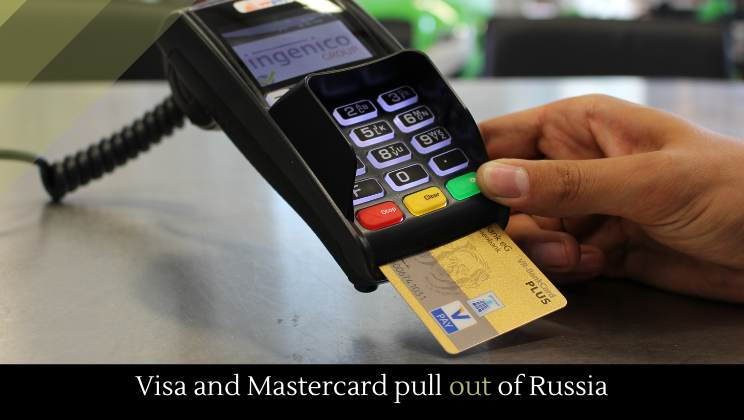 Visa and Mastercard have ceased all operations in Russia. Earlier this week, Anonymous has hacked into the Russian space agency, the Space Research Institute (IKI), and leaked the files. The hacking group also threatened to continue its operations unless Russia left the Ukraine. Pressure is mounting from all sides. A Russian oligarch has put a $1 million bounty on Putin, signaling a massive shift in sentiments in Russia.