Visits to news sites went up when Facebook went down 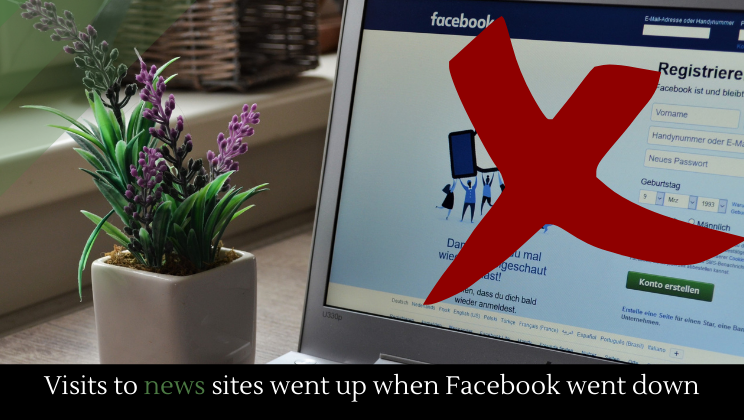