Voting fraud did occur in 2020, but it was done by Tump supporters 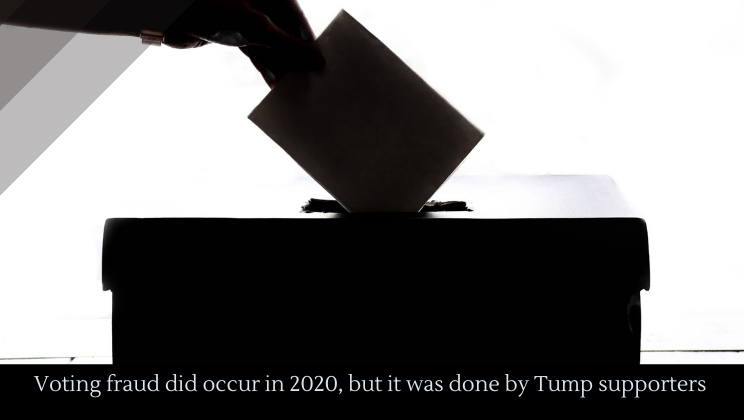 A Pennsylvania has been charged for voting as his deceased mother, in the third case of Trump-supporting voter fraud.

Donald Trump has raised $207 million for the alleged purpose of fighting voter fraud, but he has only used about $8 million. Trump is set to leave the White House with $850,000 of campaign rally debts. Some cities, like El Paso, are planning to bring the Trump campaign to court to get their money.