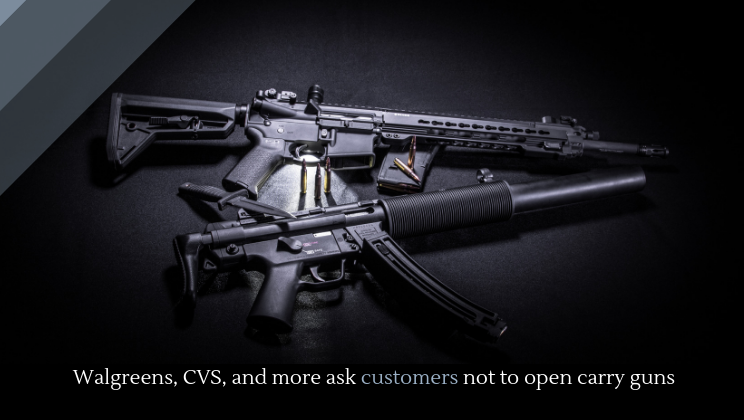 In a statement, CVS said, “We support the efforts of individuals and groups working to prevent gun violence, and continually review our policies and procedures to ensure our stores remain a safe environment.”