Walmart, Amazon, and others donate to QAnon-supporting political candidates 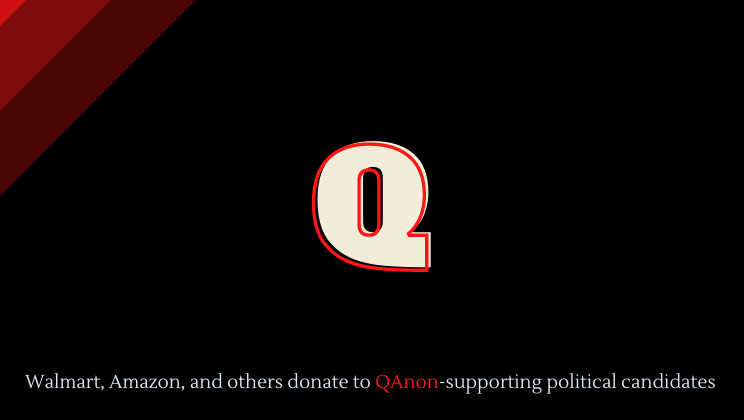 Walmart, Amazon, and other large corporations have donated money to a Tennessee lawmaker who has amplified the QAnon conspiracy theory. At least 81 current or former candidates for Congress have promoted QAnon, and at least 24 will be on the November ballot.

A new poll has revealed that Republicans overwhelmingly believe in the QAnon conspiracy theory to some extent. A third say it’s mostly true, another 20% say it’s partly true. Only 13% say it is not true.  According to a recent Washington Post article, the Trump campaign actively courted the online conspiracy community QAnon in the lead-up to the 2020 election, which makes an alarming combination. According to a recent piece in Bloomberg Business, it might be time to try intervening in the online community, but just how to do so is a serious question. The problem is, you can’t easily ban QAnon supporters from Twitter, for example, because they find new ways to engage on the platform, either in secret or by subverted other conversations.