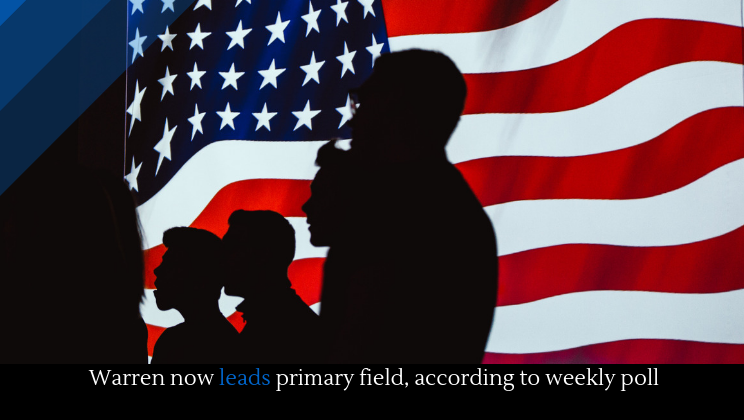 According to a weekly Economist/YouGov poll, Elizabeth Warren has surpassed Joe Biden and now leads the primary field by 4%. She has been enjoying a surge in the polls in recent weeks, and now she is the contender to beat.

Her likeableness is working out in her favor, as this recent Iowa poll demonstrated. Her keen mind for policy, her visible passion, and her intellect are balanced out by her ability to connect to the average American through personal anecdotes. As a result, she doesn’t appear too “Ivory Tower” like Obama did. As the Iowa Caucus nears, you can bet that Trump will lash out at Warren as much as possible in order to hurt her going into that primary. The weaker she is going in, the better he’ll have.