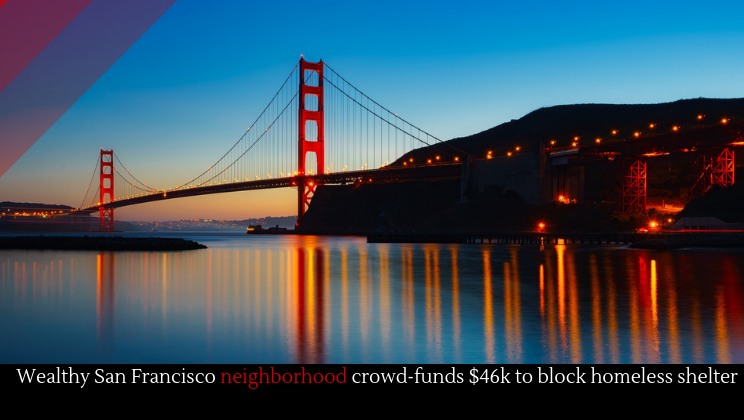 I live in San Francisco from 2011-2013, right in one of the city’s downtown neighborhoods. As residents might remember, rent and house prices were high at this point, but they were not yet astronomical. It was about two years after I left that prices went from outrageously high to who-the-f**k-can-pay-this?! high. I recently went back to visit for the first time in several years, and I was absolutely blown away by the changes.

The city has struggled with homeless since the Summer of Love turned into the prolonged, drug-induced nightmare of the 1970s and ’80s. I was used to navigating aggressive homeless people on my walk to work, or learning to spot when someone was about to vomit in my direction, and I even got used to watching people inject drugs into their toes on city streets. In the few short years since I’d visited last, however, the homeless problem had reached crisis proportions. Everywhere I went there were homeless people, and many of them were covered in open sore––some of the sores were covered in flies. I had to keep my eyes on the ground to make sure I didn’t tread in human feces.

Most blame the rising wealth gap for the change. It’s easy to blame the super-rich for driving up the city’s prices and driving more and more people onto the streets. And if it was easy to blame them before, boy oh boy is it going to be easy to blame them now that a group of the wealthiest San Franciscans are attempting to raise $100,000 to stop the construction of a homeless shelter in their neighborhood. The money is to go to a lawyer representing the neighborhood, which fears that the shelter will lead to a drop in property values and a spike in crime. So far, the neighborhood has raised $46,000.