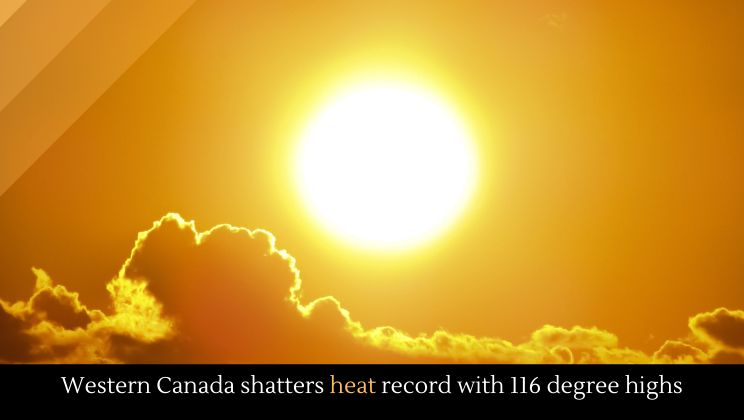 Canadians on the west side of the country are ditching the usual light sweaters for bathing suits as temperatures soar to nearly 116º, shattering heat records for the region.