White House aide: Trump knows he lost but is fighting for political theater 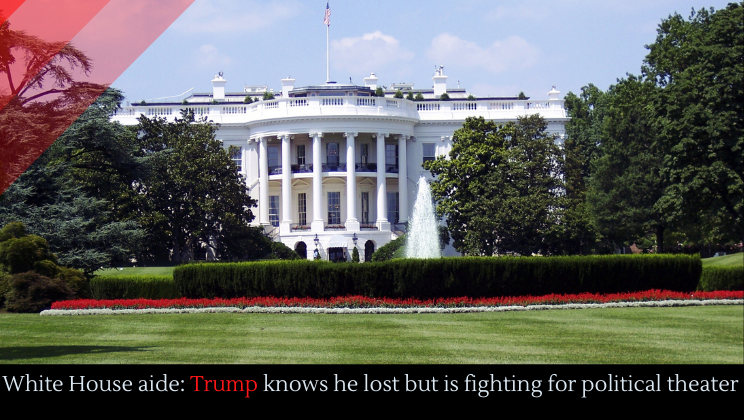 According to a White House aide, Donald Trump is “very aware” that he lost the election, but he is putting up a fight as a “performance” for his supporters.