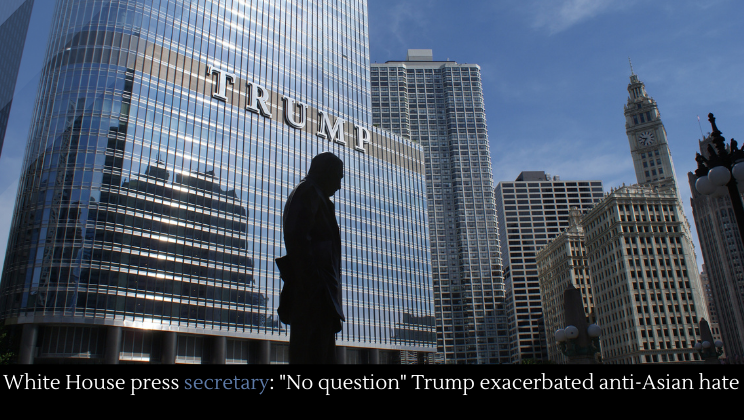 Joe Biden’s press secretary says there’s “no question” that Trump’s rhetoric exacerbated anti-Asian hate following the deadly shooting in Atlanta that left six Asian people dead.Even before that, though, there was a spate of attacks against Asian people, and especially elderly Asian people, in the past weeks and months. A man was arrested in White Plains, New York, for example, for punching and spitting on an 83-year-old woman. There was another arrest in Oakland, California, in an even more brutal attack that left a 75-year-old Asian man brain dead. In 2020, anti-Asian hate crimes rose some 150%. The attacks have led a national outcry and calls for action. But these attacks have also led to another conversation: to what extent is Trump responsible? Joe Biden believes Trump bears some responsibility. So does George Takei, and so (more importantly) do experts on the subject of racial violence. The reverberations of Trump’s race-baiting seem like they will be with us for some time.