Whoever wins, we have to grapple with our divided country 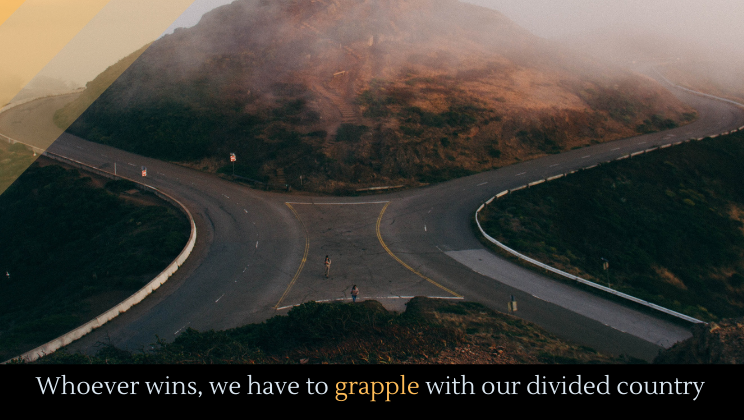 Through the election cycle, the vote remained painfully close. According to a poll by the Dallas Morning News and the University of Texas at Tyler, Joe Biden held a three-percent lead over Donald Trump going into yesterday’s election, with 48% of voters supporting Biden to Trump’s 45%.

All sorts of polls pre-election polls showed that Trump was in trouble. One suggested that 49% of Americans think Trump should be criminally investigated (I can’t believe that’s even a thing I’m writing right now) after he’s out of office. Another poll said 56% of Americans don’t think Trump deserves reelection. A third poll says that Trump is in a lot of trouble if America’s young voters actually show up to vote.

But the polls said otherwise. Joe Biden had a 91% chance of winning the electoral college, according to an Economist forecast. Biden had a twelve percent lead over incumbent Donald Trump, the highest lead of any challenger since scientific polling began in 1936. The majority of voters––some 57%––thought Trump has not paid his fair share in taxes, indicating just how bad things were looking for Trump.