Wildfires burn in California and Oregon amidst heatwave 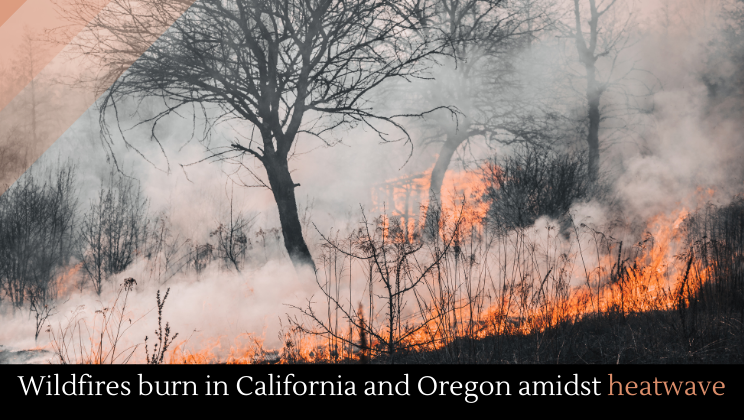 The heatwave has exacerbated the already precarious fire situation in California and Oregon, leading to several fires across both states.

Famers in the Pacific Northwest are struggling to save their dying crops, fighting to beat the heat that is baking wheat right on the stalk.

Death Valley, California hit 130º as the west coast gets blasted with another heat wave. In addition to the extreme heat, California is also facing danger from wildfires, which are raging in the northern part of the state, exacerbated by the weather.

This summer is making it clear just how radically climate change has affected our world. The United States has just experienced the hottest June in the 127 years since record keeping began. Even though it’s early, the West has been experiencing a tremendously hot summer.