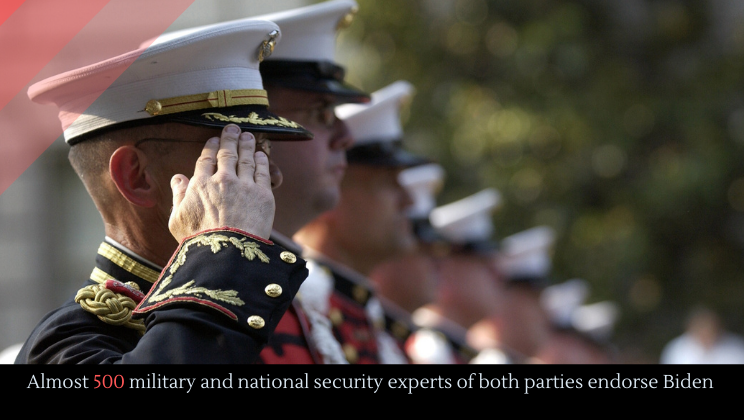 A group 489 generals, admirals, national security officials from both parties signed a letter endorsing Biden and slamming Trump. These are only the latest military and national security experts to turn on Trump.