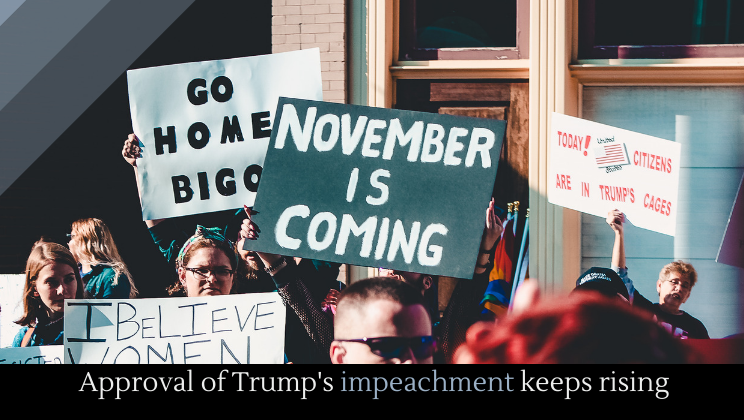 A recent poll––taken before Trump’s disastrous Turkey incident––shows that approval of the impeachment investigations into him is on the rise. Fifty-four percent of Americans approve of the investigation, with only 44% disapproving of the investigations. Worse for Trump, 58% of respondents believe that Trump definitely or probably did something that constitutes “grounds for impeachment.” Most of the increase comes from moderate or independent-leaning Democrats, but some is coming from Republicans.