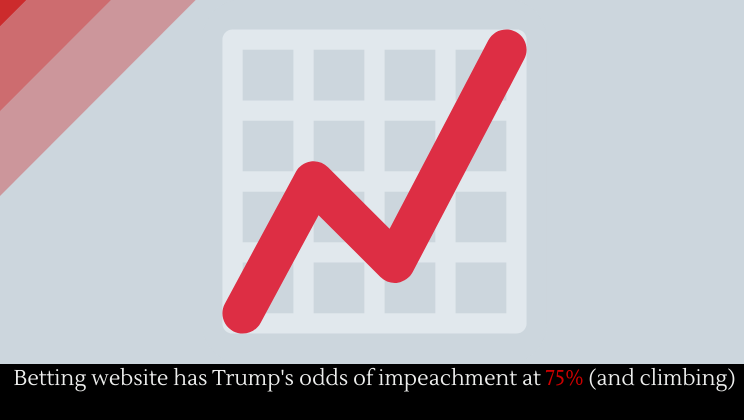 The betting website PredictIt has Trump’s odds of being impeached in the House at 75%––and potentially climbing. As I write this, the odds have jumped between 75 and 78%. The odds spiked Wednesday morning after Bill Taylor, the acting Ukraine ambassador, testified that Trump explicitly connected US aide to the Ukraine’s help in the 2020 election.

Polls are also indicating a rising approval of the impeachment investigations. The most recent polls suggest that support for Trump’s impeachment is rising. Fifty-five percent of voters now approve of the investigation, showing a slow but steady increase.