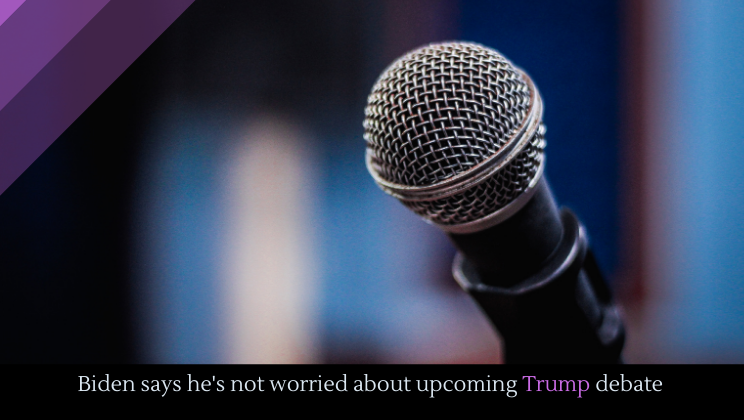 Joe Biden is not worried about his upcoming debate with President Trump, saying that “people know the president is a liar.” His plan is simple: he’s going to lay out all the things Trump has done wrong, all the areas he’s failed, and he’s going to explain why he’d do a better job. Biden believes Trump isn’t smart enough to debate based on the facts, and that he doesn’t know anything about foreign or domestic policy. Hopefully the facts matter in this debate.

For his part, Donald Trump is not planning to prepare for his debates with Joe Biden, telling aides that he will rely on Biden’s gaffes and mental lapses to win the debate. Trump is also hoping his “Sleepy Joe” insult to tarnish Biden’s popularity, but it’s not sticking according to internet search analytics. It’s amazing that Trump thinks that plan will work, given that it’s been widely publicized that called our war dead “suckers” and “losers,” and after he insulted evangelicals behind their backs, and after the Woodward tapes came out, Trump’s poll numbers are falling. He may be assuming he can rely on the “Sleepy Joe” dis like he relied on “Crooked Hillary,” but apparently that won’t work.