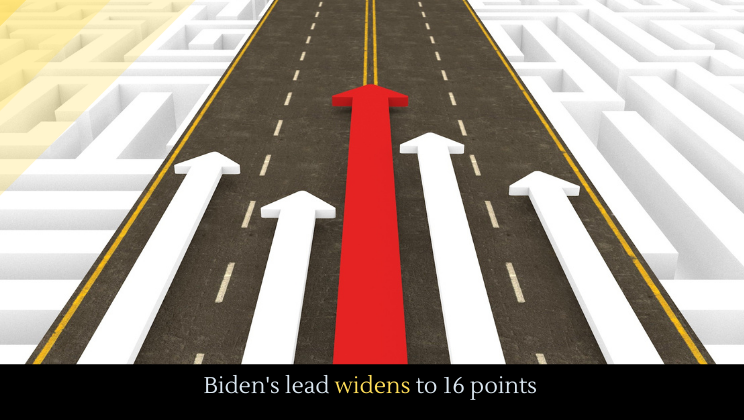 According to a CNN poll, Joe Biden has widened his lead to 16 points, the widest of the campaign so far.