Bloomberg to spend $40m on pro-Biden ads in Florida 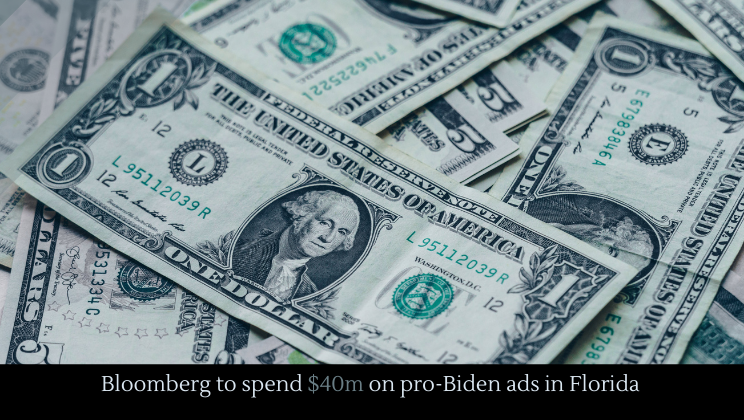 Mike Bloomberg, the billionaire one-time Democratic presidential hopeful, is rolling out a whopping $40 million ad campaign to boost Biden’s chances in Florida, a key swing state. This is part of a wider campaign to win Florida for Biden. Bloomberg has also paid the fines of some 32,000 Florida felons, clearing the way for them to vote. This is a brilliant move on the former presidential candidate hopeful, as Florida has long participated in sketchy disenfranchisement schemes to block Democrats.

Trump is trying to recreate the “Crooked Hillary” insult in 2020 with “Sleepy Joe,” but it’s not sticking, according to internet search analytics.He’s also not planning to prepare for his debates with Joe Biden, telling aides that he will rely on Biden’s gaffes and mental lapses to win the debate. It’s amazing that Trump thinks that plan will work, given that it’s been widely publicized that called our war dead “suckers” and “losers,” and after he insulted evangelicals behind their backs, and after the Woodward tapes came out, Trump’s poll numbers are falling. He may be assuming he can rely on the “Sleepy Joe” dis like he relied on “Crooked Hillary,” but apparently that won’t work.

This doesn’t mean Democrats should be complacent. There is a very real chance Democrats could lose Minnesota. Dems are going to have to keep getting creative if they want to seal 2020.