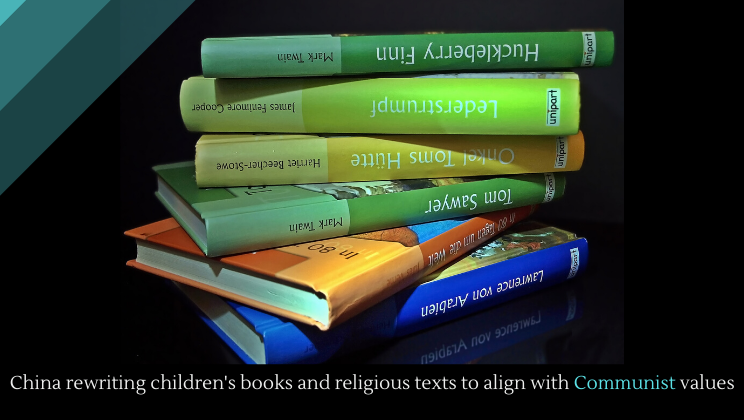 If the recent crackdowns against any and all free thought, the Chinese government is terrified about losing control over its people. Beijing has just purged Robinson Crusoe of all references to Christianity––it gave other kids’ books the same treatment. Xi Jinping is also demanding a rewrite of the Quran to align with communist values.

Beijing has also demanded the Bible be rewritten to fall into line with Chinese Communist Party guidelines. China is also cracking down on Christian home churches.