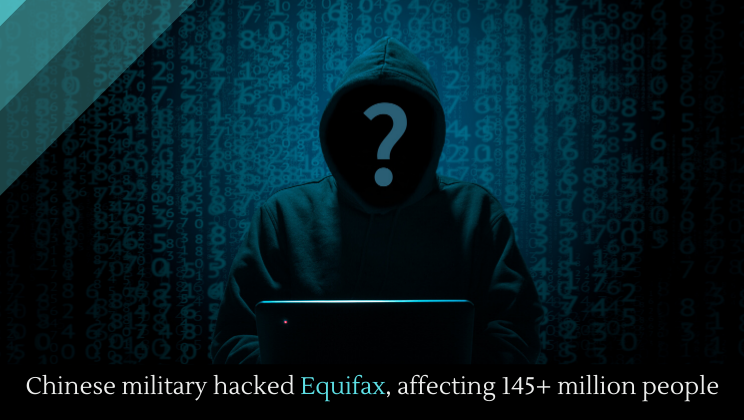 The United States has charged four members of the Chinese military with hacking into Equifax and stealing the data of 145 million people. It’s the largest of many such cyber attacks against a variety of American businesses.