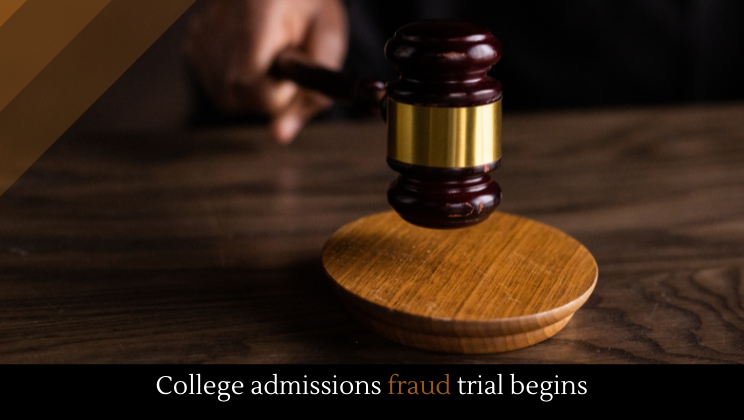 The first trial in the massive Operation Varsity Blues college admissions fraud scandal has begun. The defendants, Former casino executive Gamal Aziz and private equity firm founder John Wilson, both face charges for paying hundreds of thousands of dollars to get their children into USC.

UCLA’s ex-men’s soccer coach was been sentenced by a judge to 8 months in prison for his role in the college admissions scam. Jorge Salcedo said he took bribes because he bought a house he couldn’t afford. His sentence is among the longest of all those involved in the scandal.

In 2020,, Lori Loughlin, the former “Full House” star who is accused of bribing her children’s way into college, has finally agreed to plead guilty. For her attempt to circumvent what little meritocracy is left in higher education, she’ll have to pay $150,000 in fines (a fraction of her initial bribe…so…yeah), spend two months in jail, and do some community service––just in case you needed a reminder that the rich play by a different set of rules.

Loughlin, it seems, is trying to take advantage of the COVID crisis for her own benefit, as she has tried to take advantage of so many other things. She has been dealing with socially distancing for quite some time. According to a source, this is how things go in Bel Air––the invitations will stop flowing until Loughlin is exonerated, if that happens. Loughlin claimed that she did not intentionally make bribes to get her children into USC. Instead, she claims that the college advisor she hired tricked her.