When the Dalai Lama dies, China’s cultural genocide against the Tibetans will enter a new stage 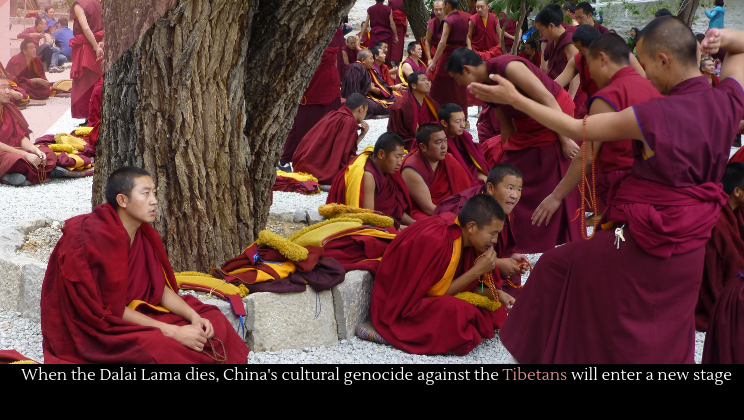 Nearly seventy years ago, the Chinese invaded Tibet under the guise of “liberating” it from “theocracy.” Since then, China has moved millions of its citizens into Tibet in an effort to overwhelm the Tibetan population and force them to assimilate into Chinese culture. The Chinese kidnapped an important religious leader, the Panchen Lama, and his family, and the Chinese installed their own puppet Lama. Now, the Chinese have come much closer to vocalizing what many observers have long feared: they will do the same with the Dalai Lama. But the Dalai Lama may have already outsmarted Beijing by announcing that he either will not incarnate or will reincarnate in India.

Whatever happens, it is certain that Tibetans loyal to the Dalai Lama will not abide by China’s “tame Lama” policy. That, in turn, will force China to enter a new stage of cultural genocide against Tibet and that will not look good.

As many as one million Uighurs are currently being held in secret concentration camps: “The allegations came from multiple sources, including activist group Chinese Human Rights Defenders, which said in a report last month that 21 percent of all arrests recorded in China in 2017 were in Xinjiang.”