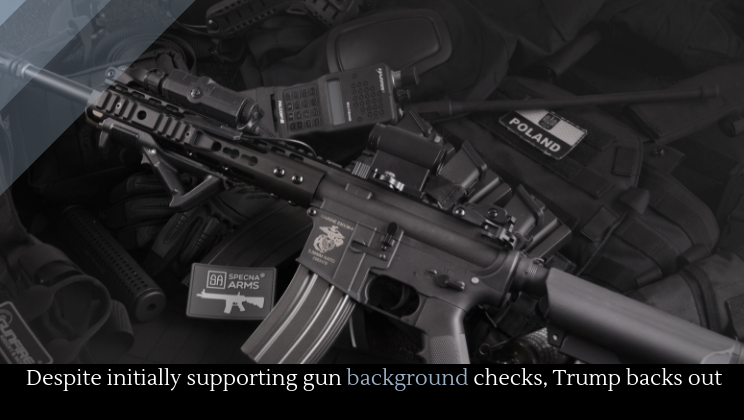 After a series of three mass shootings–– El Paso, Texas; Dayton, Ohio; and Gilroy, California––President Donald Trump signaled that he would support enhanced background checks for firearm purchases. Less than two weeks later, he has already walked back his initial support.

“People don’t realize we have very strong background checks right now,” he told reporters. “If you go in and buy a gun, you have to sign up. There are a lot of background checks that have been approved over the years. So I’ll have to see what it is.” Trump also said he wants the country to bring mental institutions back to popularity.

Meanwhile, a month after the New Zealand government initiated a buyback of the now-illegal military-style semi-automatic weapons, the government has already bought back 10,000 of the weapons.

The New Zealand shooting and the recent shootings here in the States are connected to the white supremacy movement. In fact, the FBI is treating the El Paso shooting as an act of domestic terrorism, Donald Trump denied that white supremacy is on the rise around the world a a consequence of the United States, but a series of near shootings here belies that. Between the NRA and the seeming undercurrent of white nationalism in the U.S. , it seems unlikely that guns are going anywhere.