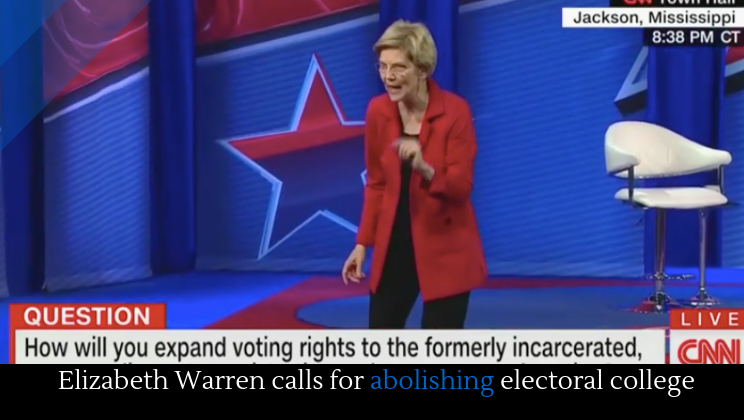 In December, Elizabeth Warren launched an exploratory committee for seeking the Democratic National Committee’s nomination for president of the United States. The pool of Democrats aiming for the nomination is already very crowded and very competitive. Beto O’Rourke learned that the hard way recently––there is no room for gaffs. Warren has thus far avoided embarrassing herself, and has even made some positive headlines. But she recently had her best moment yet at a CNN town hall:

To be clear, Warren supports a constitutional amendment that will protect the right to vote for every citizen, essentially nullifying laws that prevent felons from voting. Part of that amendment, it seems, will be the abolition of the electoral college. That would mean that individual votes would be counted directly towards the presidential election rather than towards electors who would then cast their vote for president. In theory, this would mean that presidential candidates have to focus on every state, not just swing states.