Flight attendant who got measles in New York dies 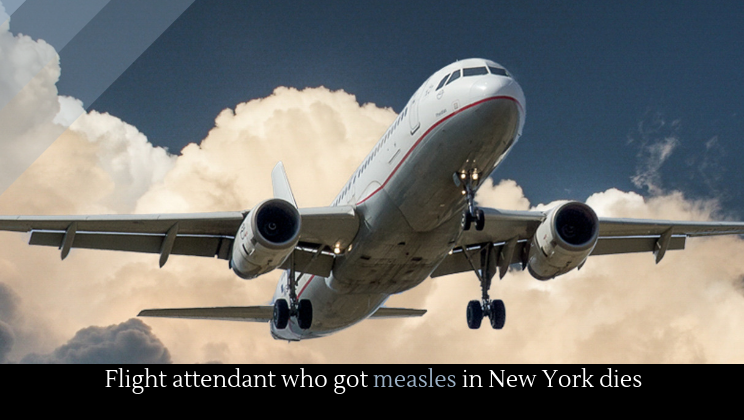 An Israeli flight attendant who flew from New York to Israel and contracted measles has died. Rotem Amitai was 43-years old and had been hospitalized for months.

There are currently 1,182 confirmed cases of measles in the United States. More than 75% of cases are linked to New York city. New York has been among the hardest hit by the virus. New York City Mayor Bill de Blasio has declared a public emergency in parts of Brooklyn experiencing a measles outbreak. The declaration requires that unvaccinated peoples get vaccines or pay fines. The outbreak is most heavily effecting the Orthodox Jewish community Brooklyn’s Williamsburg neighborhood. A judge in Brooklyn ruled against a group of parents who attempted to challenge the mandatory measles vaccinations order. The parents claimed the city’s public health authority exceeded its bounds. New York lawmakers have also suggested a bill that ends religious vaccine exemptions amidst a measles outbreak.