Half of the country wants Trump impeached 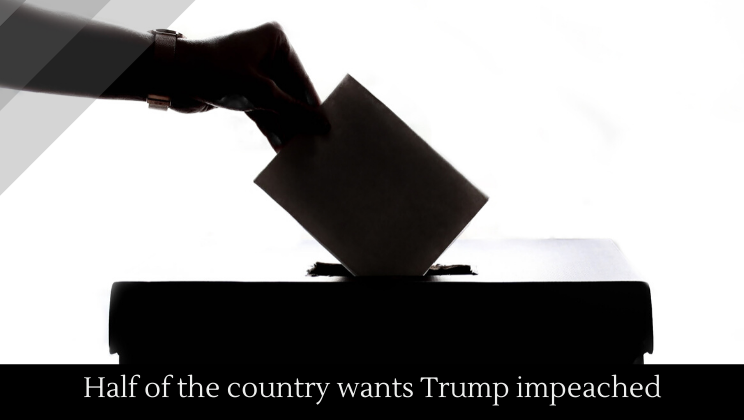 Trump is in very hot water. A recent poll reveals that 50% of the country wants Trump impeached and removed from office.