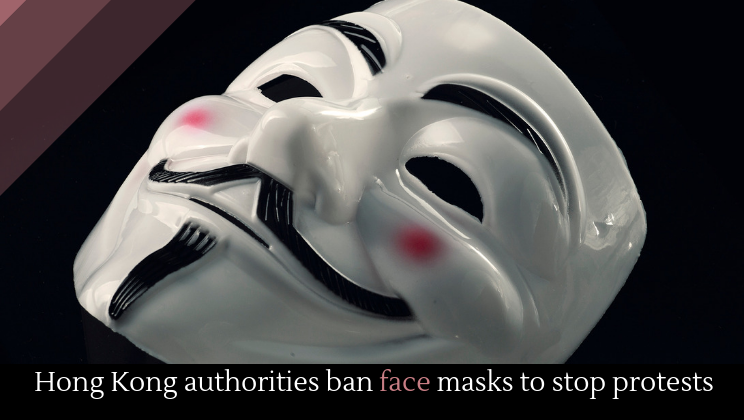 Hong Kong officials aim to stop the ongoing protests by banning face masks, which the protestors use to maintain anonymity. Banning the masks won’t stop them, however, since they can use laser pointers to stop facial recognition software.

Several weeks ago, police attempted to ban Hong Kong protestors from demonstrating, but the protestors defied police and marched anyway, which led to violence. The protestors’ continued to defy police until the situation reached a fever pitch and police shot a protestor with a live round. The victim was a teenager, whom the police shot in the shoulder. According to the police, the victim was conscious when he was transported to the hospital.