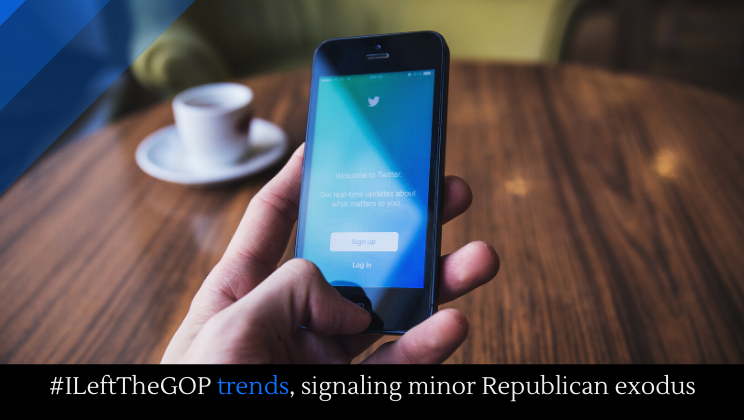 The hashtag #ILeftTheGOP was among the top trending tags on Twitter early this week, offering a trove of information for why people are leaving.

Author Susan Bragwell said she left the GOP when it became a group of “bootlicking, compromised, spineless, faithless, big government lackeys and cultists for an immoral, inept, would-be mob boss.”

Dean Obeidallah, a radio host and comedian, said: “Trump is the GOP and GOP is Trump. Supporting Trump means you support Trump’s cruel demeaning of women who have been abused, his demonization of Muslims and continued use of anti-Semitic tropes, his anti-LGBTQ policies, his hateful comments about Blacks and Latinos. Donald Trump not only self-impeached himself, he’s now self-removing himself with his lies.”

Many users expressed the feeling that the GOP left them, not the other way around.