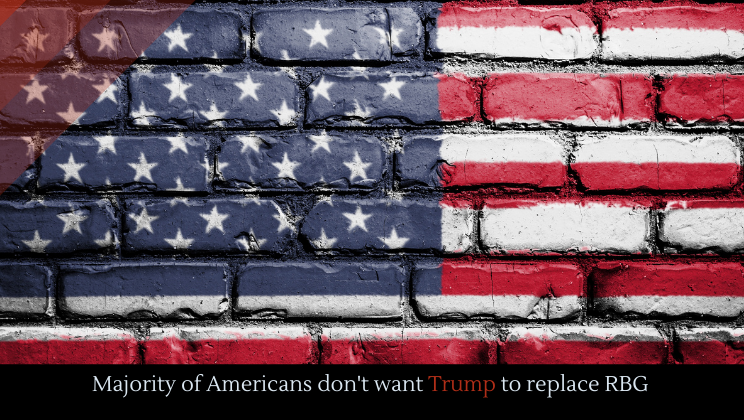 The majority of Americans do not want Donald Trump to appoint Ruth Bader Ginsburg’s replacement. This is another example of Trump’s downward spiral.