Scientists: Australia fires a dire warning of things to come 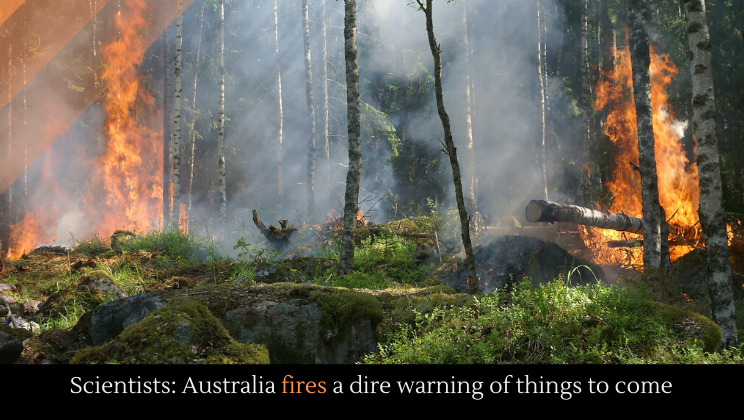 Although climate scientists are not surprised by fact that fires are sweeping through Australia, they are surprised by the magnitude of the fires. Basically, the fires are far bigger and more devastating than expected. And this is a sign of things to come, they claim.