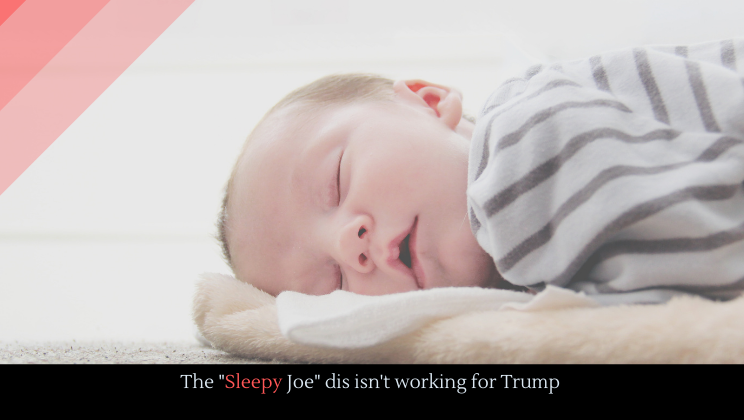 Unfortunately, the “Crooked Hillary” insult worked really well in the 2016 election––it stuck to her and dragged her down in the polls. Trump is trying the same magic in 2020 with “Sleepy Joe,” but it’s not sticking, according to internet search analytics.

Donald Trump is not planning to prepare for his debates with Joe Biden, telling aides that he will rely on Biden’s gaffes and mental lapses to win the debate. It’s amazing that Trump thinks that plan will work, given that it’s been widely publicized that called our war dead “suckers” and “losers,” and after he insulted evangelicals behind their backs, and after the Woodward tapes came out, Trump’s poll numbers are falling. He may be assuming he can rely on the “Sleepy Joe” dis like he relied on “Crooked Hillary,” but apparently that won’t work.