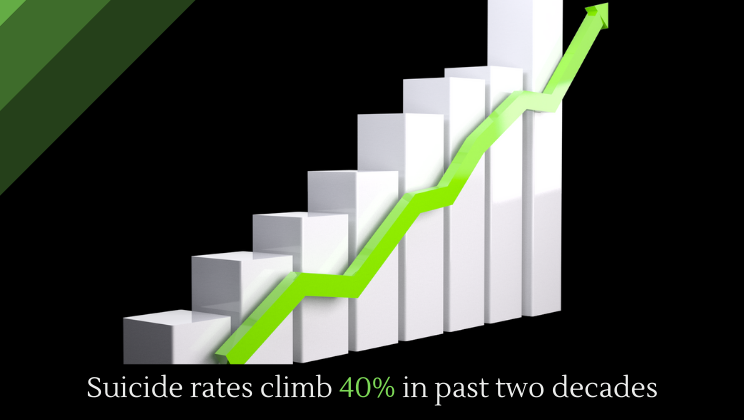 Suicide rates have risen 40% in the United States in the past two decades or so, with blue collar workers at the highest risk.

The rise in suicide rates coincides with a global loss of faith in the economic system. The majority of people living in the developed world are losing faith in capitalism. The problem basically boils down to this: the wealth gap has become both so extreme and so well publicized that the average person no longer feels like they can succeed by working hard.

This declining faith in the economic system might explain the rise in depression, angst, and ennui in the developed world. In 2017, 14 out of every 100,000 people took their own lives. That’s the highest number of suicides per capita since World War Two, and a whopping 33% increase since 1999.