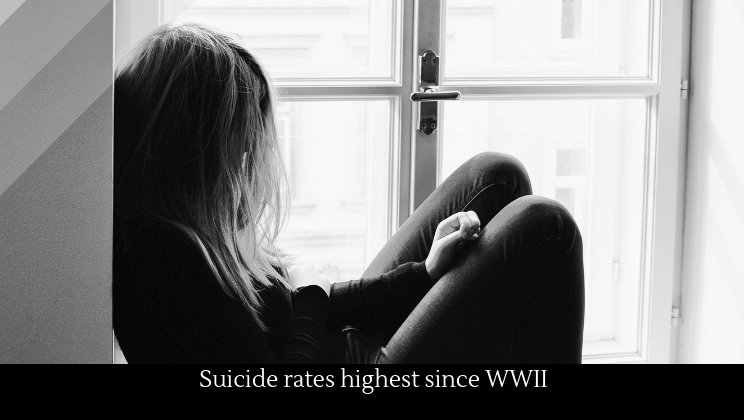 There is one other possibility, however. It is possible that suicides are simple better recorded and reported now than they were in the past. Past suicides could have been misinterpreted as murders or accidents, or else they could have been intentionally misrecorded to save the reputation of the dead. The former seems likely since mental health issues related to suicide are relatively recently understood.